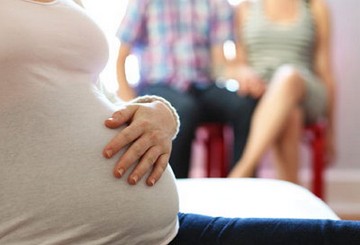 What is a Surrogate Pregnancy

Before the procedure of IVF is carried out, genetic parents and a surrogate mother conclude a contract where the conditions of a reward payment and registration of the newborn baby are mentioned.

Genetic mother may be present during the process of labor and at the time when the baby is being taken care of by the doctors at a maternity hospital. She may even get ready for breastfeeding. In order to do it she needs to take special hormonal drugs that provoke lactation.

Cases when it is necessary to use the services of a surrogate mother:

There are the same principles that are the base of surrogate pregnancy as in case of donor ovums usage. Genetic mother from whom the ovums are taken undergoes a procedure of IVF. Simultaneously, the uterus of a surrogate mother is being prepared for the implantation. Special estrogen and progesterone drugs are used. The ovums are taken from the organism of a genetic mother in the process of an easy procedure where there is only a light anesthesia. The ovums are fertilized with the sperm of a patient’s husband and cultivate for several days. In the exact day, the embryos of high quality are put into the uterus cavity of a surrogate mother. The number of these embryos depends on the age of a genetic mother and also on the number of the embryos that were taken.

Who May Become a Surrogate Mother?

The woman that has made a decision to become a surrogate mother may do so out of humane considerations. By doing so, she helps her relative or a close friend that is infertile. Many women become surrogate mothers because they have financial problems – they get a financial reward for carrying and giving birth to a baby. Women that voluntarily agreed to participate in the programme can be surrogate mothers. There also shouldn’t be any contradictions as to getting pregnant or giving birth to a baby in a natural way.

The requirements for surrogate mothers:

In order to participate in the programme a woman should undergo the following examinations:

Both of the partners should make:

A husband should make or get:

The programme of surrogate motherhood is carried out according to the following scheme: