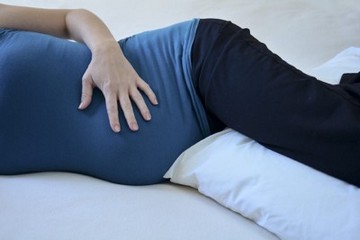 What is the Gallbladder?

The gallbladder is a viscus reminiscent in shape of a small sac, which is located directly under the liver. The storage of bilis, a special substance, which helps to digest fats, is its purpose. As soon as food from the stomach comes to the small intestine, the gallbladder begins to eject bilis into the intestine.

Bilis consists of water, bile salts and cholesterol. If the bilis contains too much cholesterol and less salts, or the gallbladder does not clear in a proper way, concretions known as stones can form in the gallbladder. These stones are one of the most prevalent diseases of the gallbladder, but very frequently it occurs absolutely asymptomatically.

Let alone besides stones, the problems which can arise with a gall bladder in pregnancy include inflammations, infections and obstructions of the gallbladder.

What is the Biliary Colic?

The biliary colic is a result of obstruction of the gallbladder ducts. If the bilis can not leave the gallbladder (most often – because of gallstones), it can lead to an inflammation or infection. And, due to the fact that the bilis does not penetrates into the small intestine, there is no lipoclasis while digestion and it can cause a pain in the upper part of the abdomen and back, as well as nausea and vomiting.

The biliary colic provokes an emergence of the sharp pains in the upper part of the abdomen, which happen one-two hours after food, especially, if you took food with a high content of fat. As a rule, the episodes of the pain are observed in nighttime hours, after a nutritious, fatty supper. The pain can last for several minutes or run over several hours.

Some people also suffer from a pain between scapulae shooting up the right shoulder. In addition to the pain and nausea, the biliary colic can lead to the excessive gas (flatulence), swelling of the abdomen, excessive sweat, chills and fever.

How Does Pregnancy Affect the Gallbladder? 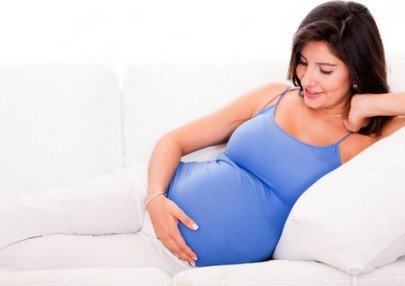 The pregnancy hormones, in particular, progesterone, cause relaxation of a muscular tissue in the entire organism and, accordingly, weaken muscles of the gallbladder. The exit of the bilis slows, and the bilis, which does not escape from the gallbladder, incites gallstones formation. Pregnant women with stones already formed in the gallbladder are subject to higher risk due to the fact that these stones will block the escape of the bilis.

The problem of the timely detection of gallbladder diseases while pregnancy consists in confusing of their symptoms with pregnancy sickness. However, if the symptoms remain after the end of the first trimester or your doctor suspected some problems with your gallbladder, an ultrasound investigation of this viscus will be recommended to you. The ultrasound is the most effective way to diagnose deviations in the form, the structure and functioning of the gallbladder.

Naturally, if earlier you had any problems with the gallbladder before pregnancy, you certainly need to tell your doctor about this in order to make him watch more closely your state while pregnancy and, if the disease suddenly progresses, manage to prescribe timely treatment or take measures of prevention of the further development of the disease.

Risk Factors of the Gallbladder Diseases

Women are much more prone to the development of the gallbladder diseases, than men.

The risk factors for such diseases are the following:

In general, previously, the gallbladder diseases were typical only for elderly women. However, in a connection with increase of cases of obesity among young women in our time, the disease became typical for younger women, now even 20 or 25 year old ones suffer from it.

As a rule, the symptoms of the gallbladder diseases while pregnancy most often become evident closely to its third trimester, as well as after the labor, but, if you belong to the risk group, you can have the first symptoms already at early gestations.

Will Gallbladder Disease Affect My Baby?

Of course, the biliary colic or the gallstones in the gallbladder do not impact your child directly. However, your child can suffer from consequences of these diseases. For example, if an infection or inflammation develops in your gallbladder or you have constant nausea and vomiting on the backdrop of the disease, you will hardly be able to eat normally and the absence of normal meals can affect very negatively the health of your developing child. 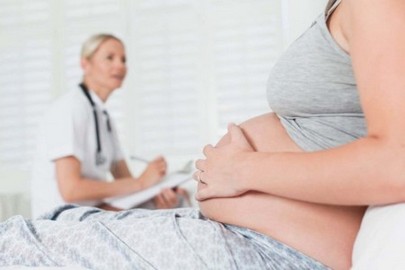 The goal of treatment of these diseases during pregnancy consists in reduction of symptoms and prophylaxis of complications, and you will treat the disease itself just after you deliver.

The change of one's diet is the first step in treatment of the gallbladder inflammation, it is particularly subject to rich food intake. The reduction of the amount of fats in your diet means the gallbladder will work less. For many women, this step is sufficient for the relief of symptoms of the disease.

If this type of diet does not help, your doctor can prescribe you special drugs for removal of problems with the gallbladder. If the drugs do not provide an adequate relief as well, having assessed all consequences of the disease, the physician can recommend you a surgery.

Of course, taking into consideration the risks from any surgical operation while pregnancy, most probably, it will be postponed till the end of the pregnancy. However, if the inflammation is too serious or, if there is a serious infection or the biliary colic is acute, the surgery may be forcedly required in having for prevention of more serious complications.

Now, if you have to resort to surgery of the gallbladder in pregnancy, most probably the operation will be done by the laparoscopic method. The surgeon will make two small cuts of an abdominal cavity, into which he will insert surgical tools and a laparoscope.

The laparoscope is fit with a tiny camera, which transmits an image of the organ to a video monitor. Due to laparoscopy, the gallbladder problems can be solved without the need to make a large cut. And it, in turn, means less pain and easier regeneration for a patient.

Problems With the Gallbladder in a Postpartum Period 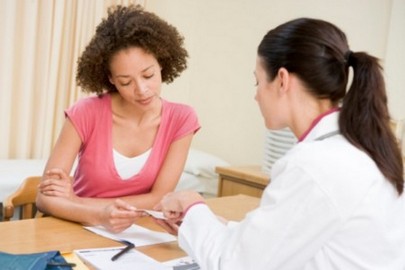 Fairly often, the symptoms of gallbladder problems are shown two, three and even four months after the labor. As a rule, this is a consequence of the fact that the pregnancy hormones being secreted by your organism during the previous nine months aggravated the problem. In addition, even the change of hormones levels after the labor can be the source of problems aggravation.

The gallbladder problems can also arise as a result of a too fast loss of weight after the labor. The thing is that in case of the too rapid fat loss, the excessive cholesterol is stockpiled in bilis, which can become the cause of stones` formation in the gallbladder. To reduce the risk of gallstones development after pregnancy, adhere to the diet rich in cellular tissue with high content of fruits, vegetables and solid grain food. Take care to ensure your postpartum loss of weight would not exceed 900-1000 grams a week.

If you have such a disease of the gallbladder in pregnancy, which periodically manifested or derogated during pregnancy, a medical supervision within at least six months after the labor is very important in your case. The fact is that the symptoms can arise again in a postpartum period, notably, a month later, as well as half a year after the labor, therefore be careful towards your health!