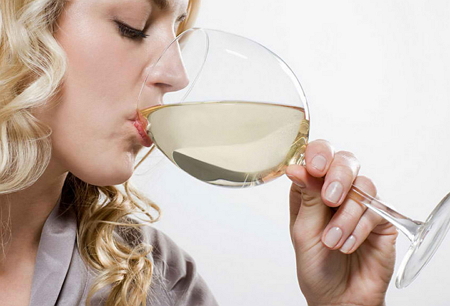 Numerous studies have proven with a high degree of accuracy that alcohol intake during pregnancy can lead to serious consequences and threatens the baby’s health. The risk associated with drinking alcohol during breastfeeding is proven to a lesser extent, at the moment there is no one viewpoint on this issue. The lack of unanimity among the experts created a good base for emergence of numerous myths, severe restrictions and dangerous behaviors. In this article we will try to give a critical description of the alcohol intake while breastfeeding issue and identify "secure borders» of alcohol consumption for nursing mothers.

What do You Need to Know About Alcohol While Breastfeeding?

Alcohol freely penetrates the mother's milk. The concentration of alcohol in breast milk reaches the maximum level 30-60 minutes after its intake on an empty stomach or 60-90 minutes after drinking alcohol with food.

The liver excretes alcohol. Alcohol clearance rate depends primarily on the weight of the person and the alcohol content in the consumed beverage. For example, if a woman weighs 54 kg, her body will need approximately 2-3 hours to fully excrete alcohol contained in one serving of wine (150 ml) or beer (330 ml). If a woman drinks stronger beverages, her body will need more time to excrete the same amount of alcohol. For example, if a woman with a weight of 54 kg has drank one serving of vodka or brandy (45 ml), her body would need up to 13 hours to completely remove all the alcohol from the body. In this connection, nursing mothers are recommended to avoid strong beverages consumption, or at least dilute them.

How Alcohol Can Affect Your Baby?

The effect of alcohol on a breastfed baby directly depends on the amount of consumed alcohol. Consumption of alcoholic beverages while breast-feeding is considered safe for the baby only if a nursing mother consumes alcohol occasionally and limits its amount to one serving per day or less (one serving is approximately 45 ml of cognac, 150 ml of wine or 330 ml of beer).

An excessive alcohol consumption may cause the following changes in the baby’s behavior:

In Case of a Single Alcohol Intake

In Case of Chronic Alcohol Abuse

Most medical organizations dealing with breastfeeding do not insist that nursing mothers should totally abstain from alcohol consumption for two reasons:

Firstly, if all the above-mentioned conditions are respected, the amount of alcohol into milk is insignificantly low and cannot harm a child.

Secondly, the prohibition of drinking alcohol while breastfeeding often leads to early completion of feeding (as most mothers prefer not to abstain from alcohol drinking), which of course, is not recommended. A complete ban on alcohol is one of the unnecessary restrictions imposed on nursing mothers.

Some studies have shown that beer can increase prolactin levels in the maternal blood and increase the amount of breast milk. However, it should be noted that this effect is proper to the beer itself, rather than to ethanol (alcohol) contained in the beverage, so you should not overdo with beer to increase lactation. If you wish, you can drink non-alcoholic beer.

To What Should I Pay Attention?

Should I Express Milk After Drinking Alcohol?

Alcohol freely penetrates breast milk, thus milk expressing after alcohol intake has no sense. Concentration of alcohol in the milk decreases along with a drop of its concentration in the blood. Thus, alcohol isnt “attached” to the milk, and milk expression is useless. Moreover, expressing milk, drinking a lot of coffee or resting don’t contribute to a faster alcohol removal from the body.

What if I Get Drunk?

In such situations should be guided by the rule:

It should be noted that drunkenness of the mother is dangerous for the baby not only from the point of view alcohol concentration in breast milk. A drunk mother (like any other drunk person overseeing a baby) may behave inadequately, can’t provide proper attention to the baby, may accidentally injure a baby (due to poor coordination of movements), may fall on the baby, or fall asleep leaving him/her unattended. Be careful and never drink alcohol if there is no other sober person to watch the baby.

Many nursing mothers may sometimes want to have a drink, but they are afraid of harming the baby. If you are afraid that alcohol may penetrate into your baby’s body with breast milk, you may consider the following options: